HomeUncategorized 90 Resident Spotlight #2: We got VIDEO! 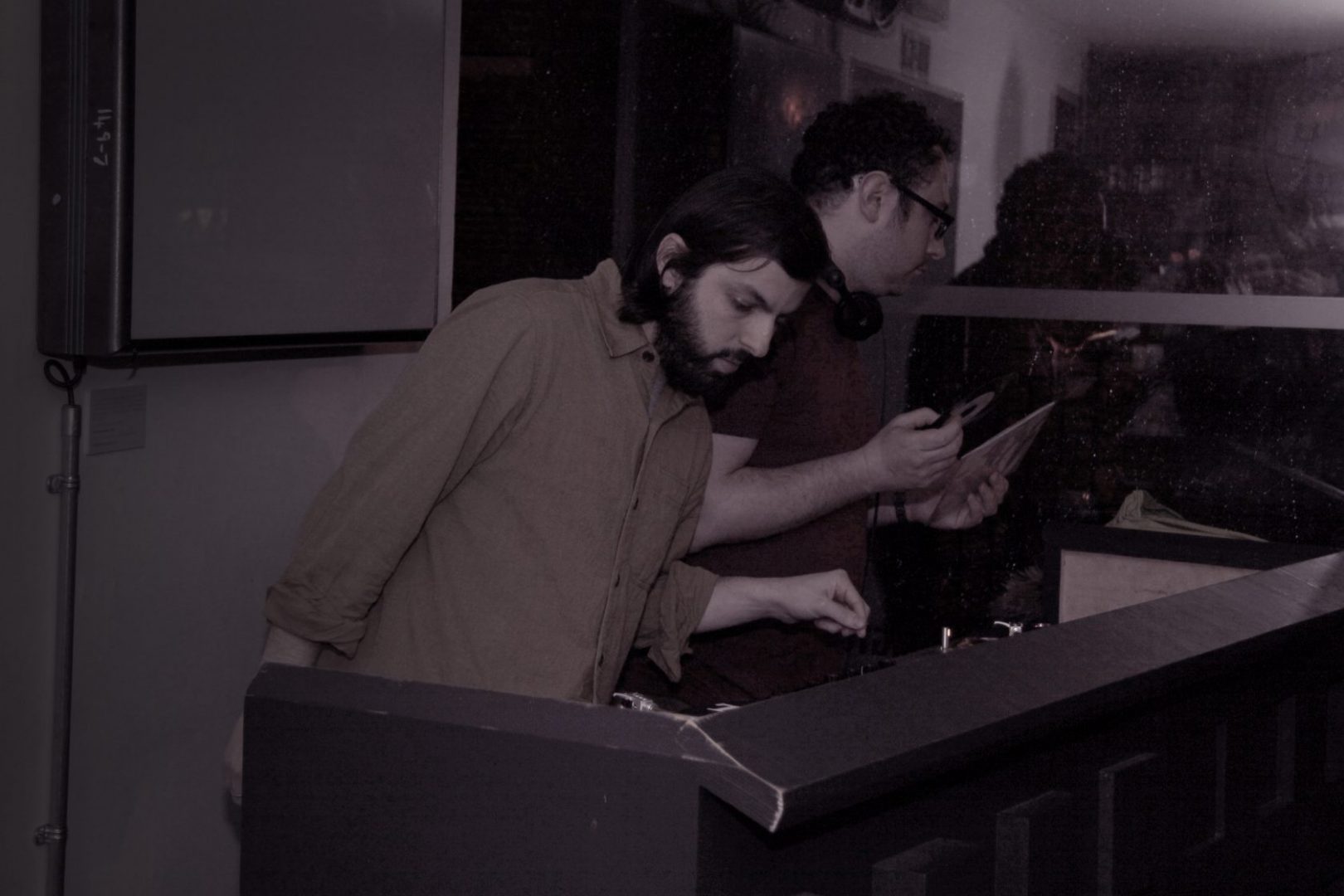 We are BACK for our second episode of our series 90 Resident Spotlight, and we thought we’d bring people closer together, and do a video interview this time!

We are chuffed to have Miguel from Colectivo Futuro this week, for another interview and mix at the bottom of the page!

Colectivo Futuro is a dedicated cultural node where art forms and people converge. Led by Miguel Colmenares and Oliver Brunetti, two long time DJs and collectors constantly on the look for new and old music from across the globe, from jazz to techno. The duo host a monthly show on Soho Radio and also co-founded Olindo Records, a platform to release overlooked music from Venezuela and the World. Their releases have so far won critical acclaim and support from the likes of Gilles Peterson, Worldwide FM, The Vinyl Factory, Wire Magazine, Songlines, Vice, Bandcamp, and more.

Number 90: What is your prized possession record? I see you’ve got loads behind you, so i’m sure there must be a favourite baby of yours.
Miguel: Yeah, there’s a few. I’m from Venezuela originally, and i’ve been buying a lot of Venezuelan records over the last couple of years. The one at the top of the list is this one record by a band called Los Kenya.
Number 90: Can you tell us a little bit more where you actually buy those records as well actually?
Miguel: There isn’t a place, but I have a record dealer, who’s based there (in Venezuela) he’s got a house full of records. I send him a lists of things that I’m interested in, he gives me a price and sends a box full of records. He does it for a few people in Europe.

Number 90: Perfect, your own record dealer! What new music have you been listening to in confinement?
M: Yeah, there’s a few things. The album ‘Visions’ by Matthew Tavares and Leland Whitty. They were previously on BADBADNOTGOOD. They just released this double album on Mr Bongo, a label out of Brighton. I used to love BADBADNOTGOOD and this is definitely down that road. And it’s a great record.
There’s another, it’s a band out of LA called Phi-Psonics, The record is called “The Cradle”. It’s very downtempo jazz. I think the musicians are all from different bands. And they came together for this one record. It was a super group situation. I recommend that, it’s a good sort of late night or early morning morning record.
And then there’s this  Jeremy Cunningham record called The Weather Up There. And this one actually, is kind of a sad story. His brother got shot and killed at home. There was a break in or something. And then he made this record as a remembrance, and it’s a beautiful record. It’s produced by Jeff Parker. And then aside from that, we’ve asked a few friends of Colectivo Futuro, to create playlists with 10 albums they are listening to. So we’ve been putting those on our Instagram and they’re available on Spotify.

90: How have you been spending time in isolation?
M:  Well basically with my family (my wife and two kids). I have a three, almost four year old and a eight months old, and they’ve been keeping us quite busy. I’m one of the lucky ones and still have my day job, working from home during the week. So that’s been keeping me on my toes, trying to juggle both things, you know, the kids running in and out of the room. It’s been interesting because everyone’s embracing that everyone else is in the same situations. You’re doing a meeting and the kid walks in and start screaming and asking for something. Everyone understands.

90: Have you got any TV show recommendations?
M:  We actually just started watching Unorthodox on Netflix. It’s the true story of this girl who belongs to the Hasidic Jewish community in Brooklyn and New York, and she basically escapes. She wants to get out of that lifestyle, she runs away to Berlin and begins an adventure there. I’ve only seen the first two episodes. I think there’s only four and it’s based on a book.

90: That’s next on my list! What is your musical guilty pleasure? A lot of people hate to talk about that. Haha
M:  There’s probably a few, but I got to say the first three Drake album. He always seems to embrace different styles for sure. I think those first three are still great to listen to, and the production is really good as you said. Good fun records to listen to. And yeah, I guess on a Latin touch,a J Balvin record, I think it’s called “Vibras”. It’s kind of Reggaeton. It’s quite big everywhere in the world now. And gone super commercial, but that one album, again, the production is really good, and there’s some major collaborations as well. So yeah, that’s a good one.

90:  Some quality in there for sure! Give us your favourite confinement recipe!
M:   This is my favorite thing, it’s from Venezuela, and it’s called Arepas . It’s based on corn flour, water and salt, and it’s kind of a patty, you slice it open in the middle and you fill it with whatever you want. It’s a make-it-your-own comfort food. So, you know, whenever you’d have a long day or whatever, you come home, and you’re happy again.

90: Have you taken on a new hobby or revisited an old hobby of yours since lockdown?
M:  Keeping the kids happy basically. My wife also has a job, so whenever I can, I join in and we’re doing things all together. We’re painting, and we introduced him (the eldest) to collage. It’s a lot of fun to do with them as well. There was this one party we were doing for a while here in London as well, I was doing the flyers for those, doing collages, cut outs from album covers. So it’s been quite fun to get into that with him as well, and get him to appreciate something other than his little cars and trucks and watching a laptop, you know?
90: Yeah. I’ve been learning how to draw, which I’ve always wanted to start doing and not had the time. So taking this time as an opportunity to actually do it.
M: Yeah. I think that’s the best way of seeing what we’re going through right now. Just kind of take the time to be productive and just trying to be positive. So, I’ve also been trying to read more. I mean, I always tried to read more and it’s kind of difficult. I’m currently reading now as a collection of interviews with a lot of British, DJs and producers, engineers, from people like Norman Jay (big up) to,  Adrian Sherwood, basically everyone from like reggae sound systems all the way through dubstep and grime, and more current strains of that British sound system culture. It’s called An Oral History of Soundsystem Culture and it’s a really interesting. I definitely recommend it to anyone who’s into music.

90: Okay, a couple of questions left. Who’s your favorite female artist?
M:  So there’s a couple of Venezuelan singers, one of which lives here. Her name is Luzmira Zerpa. She was the lead singer of Family Atlantica. She’s an amazing woman. They disbanded and she’s doing her own thing now. She’s also a featured singer on an album that we’re releasing on our label later this year. I’m looking forward to putting that out. And there’s another Venezuelan singer, based there, called Betsayda Machado. We released her record on our label Olindo. She’s from the Afro-Venezuelan community, it’s a very rootsy album, percussions and vocals. Her voice is truly amazing, and she’s also a guest on this album that we’re releasing towards the end of summer.
90:  How do you go about getting in touch with those people have collaborations on the things that you release?
M:  So this Betsayda album we released had already come out on CD a couple of years ago and the band’s manager got in touch. He was interested to work with us and we suggested to release the album on vinyl and that’s how we got introduced. And also through Paris based bassist Raul Monsalve . Then through the manager, we got in touch and then sent her the track and she went in studio in Caracas and recorded the vocals
90: I’m not super familiar with Venezuelan music but have been listening to a lot of Colombian roots and Palenque.
M: Yeah this album is very similar to that. It’s not super well known like the music out of Colombia, Brazil or other Caribbean countries.

90: Last question then. What’s your favourite work by those aforementioned artists?
M:  Definitely check out Family Atlantica. They’re amazing and not only because we release it, but it’s a beautiful record. Quite uplifting. And if you understand Spanish, it’s also politically charged and they’re basically singing about the situation in Venezuela. I’d definitely recommend checking those two out and anything they do, really.

90: I think it’s definitely very, very important to discover new music and we literally have got nothing else to do at the moment. Thank you very much for your time. We hope you stay strong and keep on spreading the positive message, during confinement and beyond!
Miguel: Thank you guys for hosting this!

Well what a ride! We hope you enjoyed it, as well as the mix by Miguel, and see you soon for another 90 Resident Spotlight! 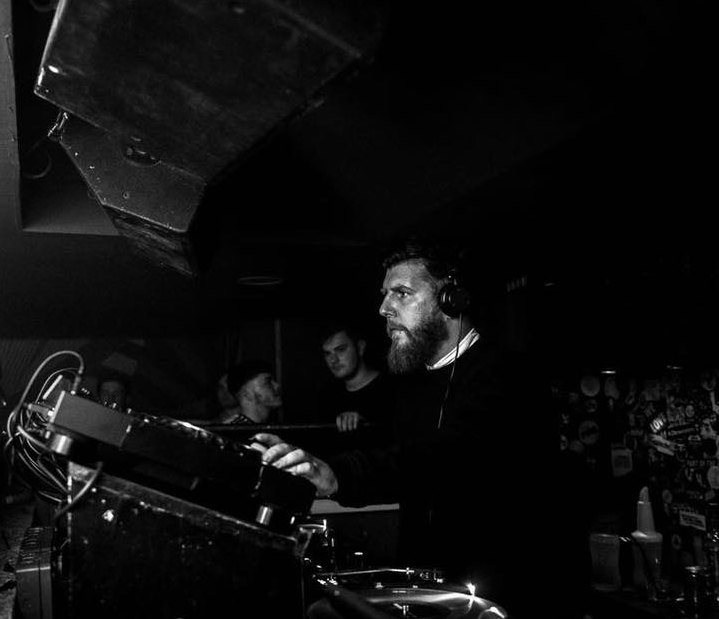